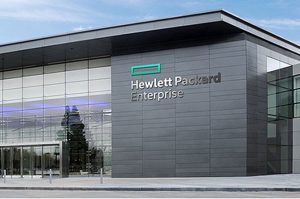 Hewlett Packard Enterprise announced Tuesday that it would be moving its headquarters from San Jose, California, to Houston, Texas. Founded in Palo Alto in 1939, Hewlett Packard is one of the largest and most established tech companies to exit Silicon Valley in recent months. Its new facility, a 568,000-square-foot campus complete with a fitness center, yoga lawn and pharmacy, will be built in Springwoods Village, a planned community north of Houston that’s also home to Exxon Mobile’s corporate headquarters. The company intends to keep a significant R&D contingent in San Jose, but will make Houston its business and employment hub.

“Houston is an attractive market to recruit and retain future diverse talent and is where the company is currently constructing a state-of-the-art new campus. The Bay Area will continue to be a strategic hub for HPE innovation, and the company will consolidate a number of sites in the Bay Area to its San Jose campus,” the company relayed in its Q4 earnings report.

Though the move isn’t particularly surprising—HPE broke ground on the facility in February and has had a significant presence in Houston for years—it could be a bellwether of larger changes to come in the tech industry. Just this year, Palantir Technologies relocated from Palo Alto to Denver, Dropbox moved from San Francisco to Austin and Twitter and Square have left the door open to indefinite remote work arrangements.

While the rise of remote work has certainly prompted many companies to reconsider whether it’s necessary to have a physical presence in the Bay Area, the total calculus is far more complex, factoring in larger changes in technology, infrastructure, specialized labor markets and—of course—taxes. Those that move are afforded the opportunity to act on these larger trends.

“There are a few key tech areas that have begun to emerge in the past few years that aren’t necessarily Silicon Valley-like,” says Todd Thibodeaux, CEO of the tech industry group CompTIA. “For internet-of-things tech, Texas’ smart cities have been at the forefront, while with cloud computing, that infrastructure is everywhere.”

One of the biggest drivers of the geographical shakeup is the advent of cloud computing. The server farms needed to support cloud infrastructure need cheaper land and electricity than what’s available in the Bay Area and have been built across the country, some in hubs like Loudon County Virginia’s Data Center Alley. The cloud has also contributed to significant logistical changes. While tech companies historically relied on hardware manufactured in East Asia, cloud computing has reduced that dependence and, thereby, the need for the physical proximity provided by headquarters on the West Coast.

Perhaps most significantly, lower taxes and cost of living outside of California have given employers modest relief in the incredibly tight tech labor market. Although HPE CEO Antonio Neri denied that lower taxes factored into its decision to move to Texas in an interview with Barron’s, it likely stands to benefit financially by shifting its operations.

“Moving to a lower cost of living area can mitigate [for wages], you could see 20% differences in starting salaries,” says Thibodeaux. “If you’re an employee of HPE and you can move from the tax regime of California to the tax regime of Texas, you’re going to take that in a heartbeat.”