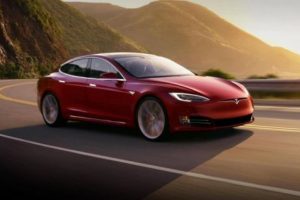 (Reuters) – Shares in Tesla were set to plunge into the red for the year on Tuesday, hit by a broad selloff of high-flying technology stocks and the fall of bitcoin, in which the electric carmaker recently invested $1.5 billion.

By 1029 GMT, Tesla was down over 8% in U.S. premarket deals after a similar drop during the previous session. The firm led by Elon Musk has had a stellar ride since 2020, which it began at about $85 per share, before reaching the $900 mark on January 25.

Currently trading at about $657 in pre market transactions, the stock has lost 27% from its peak, which is above the 20% level which technically defines a bear market.

A Germany-based trader said he was “taking chips off the table” on Tesla as its 1.5 billion investment in the cryptocurrency could “backfire now”.

Analysts at Barclays noted that there has been a drop of conversations about the electric car makers in the Reddit’s WallStreetBets forum, which could explain some of the loss of appetite for the stock.

“With only 2-3 total submissions on each of the past several days, we remain below the trend in attention that has come along with big returns jumps in the past”, the analysts said in note.

Other analysts have also cautioned against investing in the stock which remains one of the most expensive on the S&P 500 index at 163 times its 12 month forward earnings.