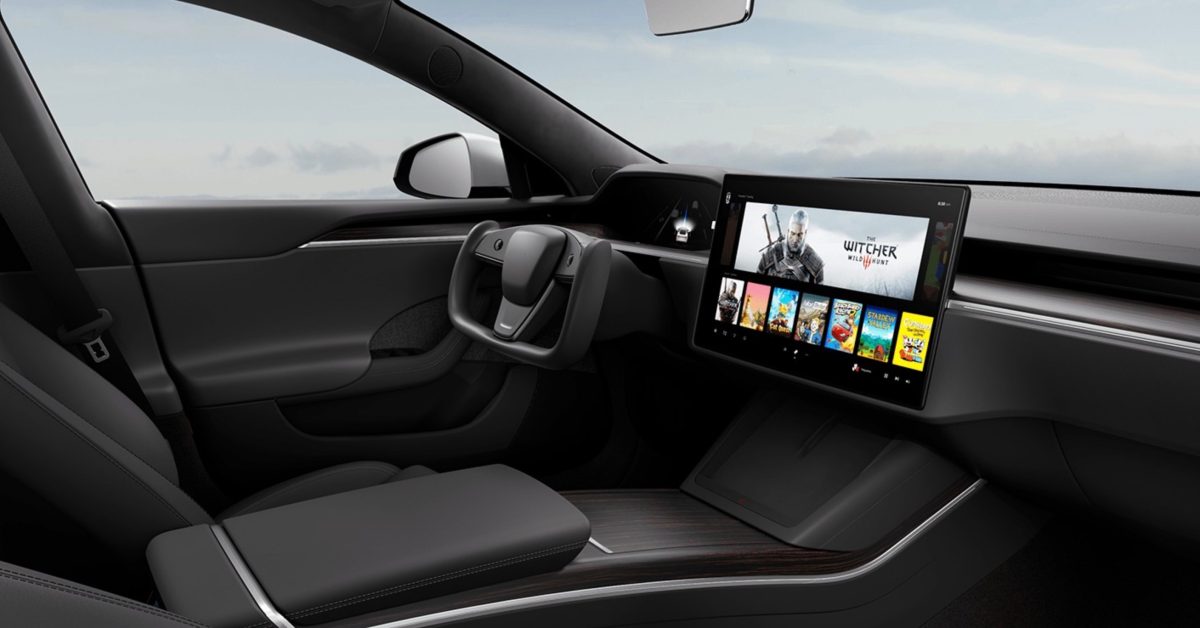 Tesla has started pushing a new software update to improve its new yoke steering wheel experience in the Model S alongside a few other new features.

After several delays, Tesla started delivering the new version of the Model S in June, but as we noted at the time, the automaker still had work to do with the software. It was planning to refine the software and add features through over-the-air updates, which it started to do in August.

Tesla now continues with a new update, version 2021.36, starting to get pushed to Model S vehicles.

It includes improvements to the yoke steering wheel experience:

This is very important since, beyond the new shape of the wheel, Tesla also removed all the stalks, even the one for the turn signal.

The turn signals are now operated through force touch buttons on the wheel. The vehicle also tries to automatically detect when to activate them.

Tesla noted in the release notes:

“Turn signals will cancel based on the steering handle regardless of the selected setting for Automatic turn signals.”

The update also includes a few other behavior changes to the force touch buttons on the steering wheel:

“Additional enhancements have been made to improve your vehicle experience in cold weather. When you navigate to a Supercharger, your battery will precondition for a faster charge.”

This is something that was already a feature in other Tesla vehicles, but it looks like the automaker has now adapted it to the new battery pack in the updated Model S.

There are also a few other cold weather improvements:

“You can also warn your cabin faster, including Automatic seat heating via the Tesla App. Improved temperature consistency throughout the cabin offers more comfort in cold weather. The windshield wiper wash sequence automatically adjusts to your vehicle speed to better clear salt and grime.”

Tesla also made it possible to activate Bioweapon Defense Mode through the mobile app on the new Model S:

“You can now purge the vehicle of unhealthy particulates before entering your vehicle by turning on Bioweapon Mode from your mobile app.”

You need both the new update on your car and Tesla’s mobile app version 4.1.0.

Tesla is just now starting to push the new update to its fleet, and it can take a few days for it to propagate to the entire refreshed Model S fleet in the US.