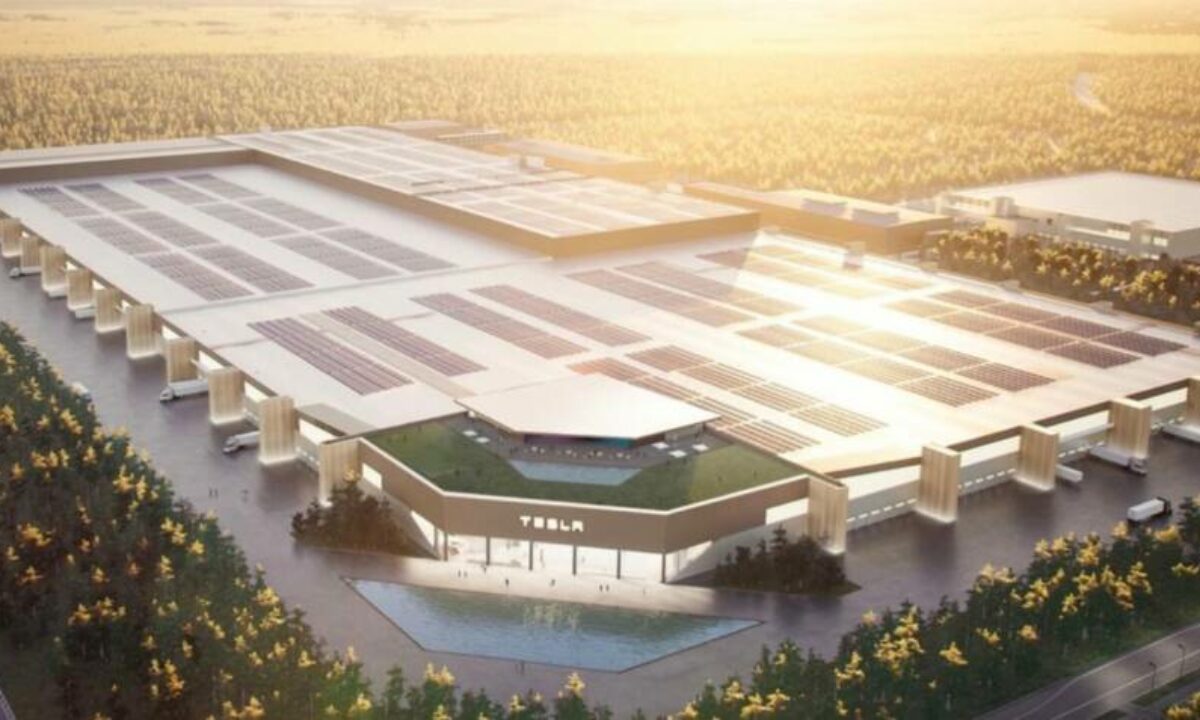 Tesla’s Gigafactory Berlin will have a bicycle path connecting the electric car production facility to the nearby town of Erkner, establishing an easier commute route for eventual employees at the manufacturing plant.

The bike path was initially thought up by the District Administration of the Oder-Spree district, which controls the Eastern portion of Brandenburg, the German state where Giga Berlin is being built. The bike path will connect Giga Berlin to the town of Erkner and will be 2.5 kilometers (1.49 miles) long, giving residents of the nearby town an express route to work if they are employed at the Tesla factory.

Teslarati obtained documentation regarding the bike path thanks to @Gf4Tesla on Twitter. The documents show the plans and other details, including the price of construction, dates of implementation, and rainwater disposal planning.

The district administration of the Oder-Spree district intends to establish a cycle path as an immediate measure, together with the town of Erkner. It has
the goal of making the @Tesla #GigaBerlin accessible from the city of Erkner via a fast bike path connection.
length 2,4 Km pic.twitter.com/F6Zr8Nj34j

As an immediate measure, the district administration of the Oder-Spree district intends to establish a cycle path on Alte Poststraße together with the City of Erkner,” the documents show. “The goal is to connect the Tesla Gigafactory from the Erkner urban area by means of a fast bike path connection. The City of Erkner is making its urban property available for this purpose.”

The cost of the bike path is €345,000 ($403,814). The cost will be covered “from the own resources of the Oder-Spree district,” the documents also stated. Finance Department head Jörn Peck noted that the sum of the project would be financed from the District’s liquid funds.

Tesla planned to hire as many as 7,000 people to work at Gigafactory Berlin as of November 19, 2020. According to the Frankfurt Employment Agency, Tesla Gigafactory Berlin would establish 7,000 jobs from the Gigafactory’s operation alone, and 200 people have been working on-site since January as warehouse employees.

The massive number of people who are set to be employed at the factory will come from the surrounding areas, Erkner likely being the most notable. The region where Gigafactory Berlin is located is primarily industrial lands and forestry, and the residential regions are plotted in the surrounding towns. The City of Erkner may have been chosen due to its evident support of the cycle path from the residential areas to the factory. The City will assume the costs of later structural maintenance of the cycle path.

According to the documents, the construction of the bike path is set to commence in November 2021 and should be finished by May 2022. The project was commissioned in mid-August 2021. Tesla Giga Berlin is set to begin vehicle production later this year, and the company plans to host a kickoff event on October 9, known as Giga Fest.