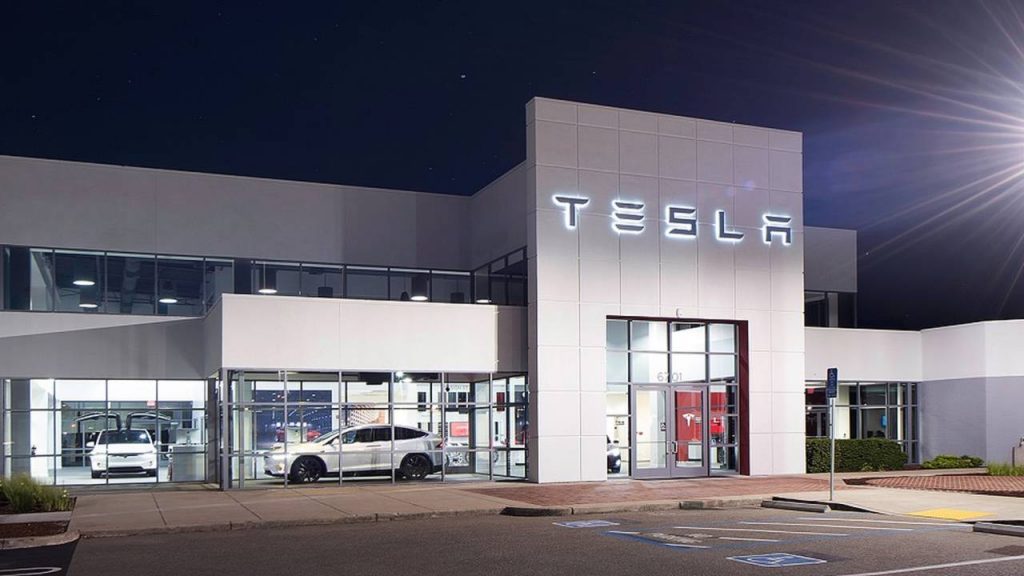 Tesla is planning to open a new delivery center with an impressive capacity of up to 300 cars a day in China.

In China, Tesla is seeing some impressive demand and with production increasing at Gigafactory Shanghai, the automaker is now able to satisfy the demand.

But it still has to expand its other operations, like charging, delivery, and service, in order to support this new volume and fleet.

According to new local reports, Tesla is planning some new high-capacity delivery centers to help.

The first one, called the the Tesla Pudong Delivery Center, is going to be in Shanghai located in the Waigaoqiao Free Trade Zone only about 70 km away from Tesla’s Gigafactory Shanghai.

Here’s a description of the location which is being renovated (via Equal Ocean):

“According to staff, the Pudong Delivery Center once belonged to the Shanghai Free Trade Zone Parallel Imported Cars, which was mainly used as a second-hand car trading showroom, and was later rented by Tesla. The delivery center exhibition hall has a total area of ​​4,512 square meters and is divided into 2 floors. The first floor mainly provides functions such as delivery and display, and the second floor is the office area.”

Tesla is reportedly planning to use the location for sale, delivery, and service, but the most impressive thing is the delivery capacity, which is reportedly going to be up to 300 cars per day.

That’s over 100,000 cars per year or just under Tesla’s current overall annual deliveries in China.

Tesla is also even planning a “small car theme park” outside the location, according to local reports.

The automaker has experimented with several different delivery models and even some delivery-only locations and home delivery.

Last year, we reported on Tesla fleshing out a plan for new ‘Tesla Centers‘ to open in major metro areas.

The plan is to have large new locations that will operate sales, service, and delivery 7 days a week.

This new location appears to be in line with that plan.