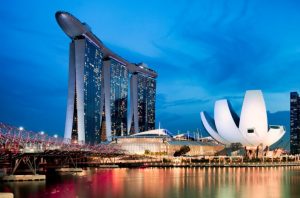 Singapore is rolling out the red carpet for top talent, launching a program to initially attract 500 individuals with a proven track record of contributing to the global technology ecosystem.

Under the so-called Tech.Pass program, qualified individuals will be able to secure a new type of visa allowing them to start and operate more than one company and become an investor, consultant or mentor for local startups, according to the Economic Development Board. This offers more flexibility than current government regulations, which require companies to sponsor an employment pass for talent they want to bring in.

The two-year visa isn’t designed for mid-tier tech workers who might compete with locals for jobs, a political issue that has prompted the government to tighten its framework for issuing employment passes to foreigners this year. It’s targeted at highly accomplished entrepreneurs and technical experts who can bring in capital, networks and knowhow, as Singapore aims to become the region’s technology and innovation hub.

“Tech.Pass will add to the critical mass of established tech talent in Singapore and create a ‘flywheel effect’ to further strengthen our position as a leading tech hub for the region,” Minister of Trade and Industry Chan Chun Sing said in his opening remarks at the closed-door dialogue with the European Chamber of Commerce on Thursday.