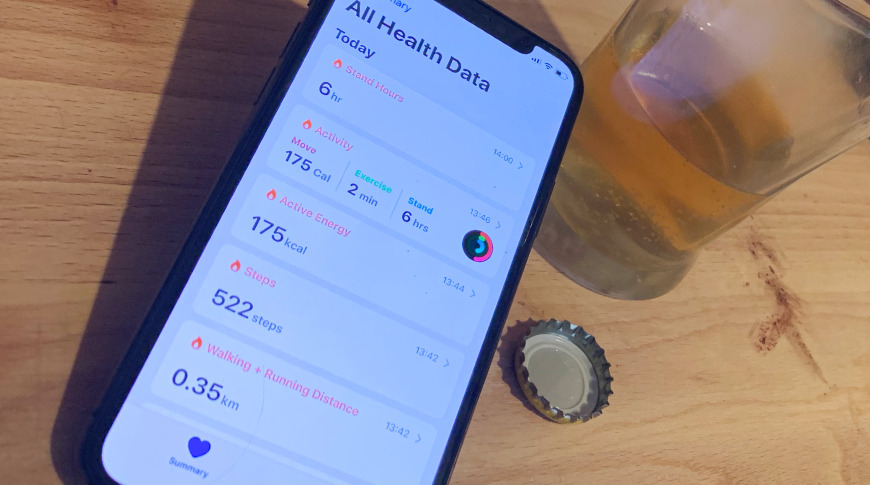 A new academic study used the sensors in higher-end smartphones to measure gait and detect when people have imbibed too much for safe driving.

Even as Apple keeps adding new health features to the Apple Watch, a new study from the University of Pittsburgh claims existing iPhones can detect intoxication. Smartphone sensors that already measure motion have been used to determine when people are over the legal limit to drive.

According to BBC News, while the US researchers have so far only used the very small sample of 22 people, the phones were able to detect intoxication 90% of the time.

“We have powerful sensors we carry around with us wherever we go,” lead researcher Brian Suffoletto told the BBC. “We need to learn how to use them to best serve public health.”

The study is a preliminary one, conducted with an extremely limited sample. The 22 participants were all volunteers aged between 21 and 43, of whom 15 were men, all were white and non-Hispanic, and none of the 7 women were pregnant or breastfeeding.

In the test, each person was given a vodka and lime juice drink hourly until they reached 80 milligrams of alcohol per 100 millilitres of blood, the US and UK drink-drive limit. Each volunteer had a smartphone strapped to the back and every two hours had to walk a straight line for 10 steps, turn around and walk back.

With 17 of the testers, data from the smartphones identified when those people were over the limit. While this was a test concerned with the drink-driving limit, the results come from how those phones measured the changes in each person’s walking gait.

The 20,000 words of the full paper do not specify either iPhones or Android devices. However, the phones require a higher-end accelerometer, such as those found in flagship Android models, or every Apple one since the iPhone 5. Lower-end Android phones are not sensitive enough.

The researchers hope to continue with further experiments to see how accurately smartphone sensors can work in more real-world tests, such as when they are in pockets.

Dr Suffoletto says that he is an emergency physician who has “taken care of scores of adults with injuries related to acute alcohol intoxication,” and also that he lost a close friend to a drinking and driving crash.

“Because of this, I have dedicated the past 10 years to testing digital interventions to prevent deaths and injury related to excessive alcohol consumption,” he said.

“In five years,” said Dr Suffoletto, “I would like to imagine a world in which if people go out with friends and drink at risky levels, they get an alert at the first sign of impairment and are sent strategies to help them stop drinking and protect them from high-risk events like driving, interpersonal violence and unprotected sexual encounters.”