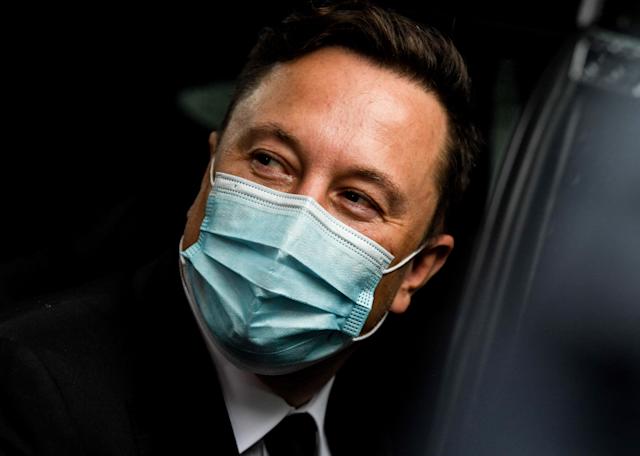 Elon Musk may be the de facto face of cryptocurrencies today due to Tesla’s Bitcoin stake and his frequent posts about Dogecoin, but the Tesla CEO has issued a word of caution for those willing to place their hard-earned money into digital currencies. While speaking with reporters, Elon Musk stated that people should not go and put their life savings into cryptocurrencies, as there is too much risk.

“First of all, I think people should not invest their life savings in cryptocurrency. To be clear, I think that’s unwise. But if you want to sort of speculate and maybe have some fun, there is a good chance that crypto is the future currency of Earth. And then, it’s like, which one is it going to be? Maybe it’ll be multiple. But it should be considered speculation at this point. So don’t go too far on the crypto speculation part,” Musk said while signing autographs.

After sharing his thoughts on Dogecoin, where he emphasized the notion that fate loves irony and Dogecoin is an ironic cryptocurrency since it was created as a joke, Musk proceeded to leave and head towards his Tesla Model S. Still being asked multiple questions by several reporters, Musk gave a final word of advice with regards to Dogecoin and digital currencies. “Don’t take too much risk on crypto,” he said.

To emphasize this point further, Musk has posted a word of caution to crypto investors in his Twitter account. “Cryptocurrency is promising, but please invest with caution!” Musk said, sharing the TMZ video of his impromptu interview.

Musk actually has a very good point, especially considering that cryptocurrencies are incredibly volatile. While massive surges could occur, significant drops could also happen quickly. This is something that Musk is very familiar with, as Tesla stock is among the most volatile in the market. With this in mind, those looking to place a significant part of their finances in cryptocurrencies are best advised to be careful.

The Tesla CEO has been in the spotlight of news as of late. Apart from Tesla’s breakout Q1 2021 results as well as SpaceX’s massive milestones in the Starship program, Musk also caught some media coverage recently due to his impending stint as a guest hoston Saturday Night Live on May 8, 2021.

Watch Elon Musk’s remarks about cryptocurrencies and Dogecoin in the clip below.