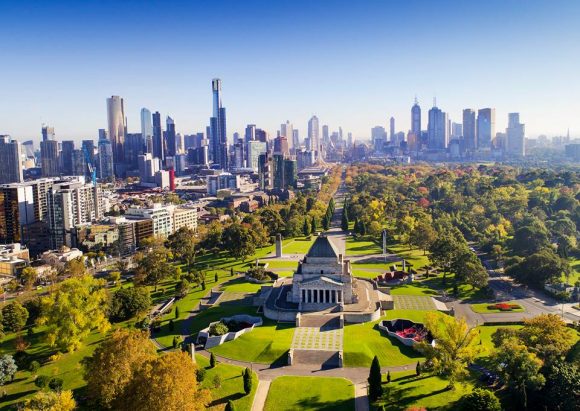 Australia’s Prime Minister Scott Morrison said the National Cabinet will decide whether to ease lockdown restrictions on May 8 as the rate of new coronavirus infections remains flat.

Speaking to reporters in Canberra, Morrison said he was bringing forward the decision from the week beginning May 11, due to the success in flattening the curve. He urged Australians to sign up to the government’s mobile phone app to help authorities trace infections.

“Australians deserve an early mark for the work that they have done,” he said. While more than 3.5 million people had downloaded the app, he said “there needs to be millions more” to minimize the chance of secondary outbreaks.

Chief Medical Officer Brendan Murphy told the press conference that Australia has enough testing kits and a secure supply line for medical equipment, including masks and other personal protection equipment. He also urged more Australians to download the app, adding it was the “final piece in the jigsaw puzzle of contact tracing.”

With some Australian states and territories going days without recording new cases, Deputy Chief Medical Officer Paul Kelly said earlier Friday that the infection curve was “pretty much crushed.” Australia had 6,762 confirmed cases as at 6 a.m. Sydney time on Friday, up 16 from the day before. There have been 92 deaths and 5,720 people have recovered. More than 570,000 tests have been conducted.

The lockdown has seen Australians told to at stay home except for essential shopping, medical appointments, school or work. Pubs, restaurants, casinos, gyms and cinemas remain closed, swelling unemployment and pushing the nation toward its first recession in almost three decades.

Treasury forecasts unemployment will double to about 10% in the June quarter, despite the federal government and central bank releasing around A$320 billion ($207 billion) of stimulus, equivalent to about 16.4% of gross domestic product.

Ahead of the national announcement on May 8, some states and territories have announced their own incremental easing of social distancing guidelines.