Is there anything a Tesla powertrain won’t fit into?

Mankind has mastered the art of flight for well over a century, and the concept has become so normalized that we tend to take for granted this amazing accomplishment, but as advanced as modern airplanes are, we are still not much closer to developing a vehicle that can travel as well on land as it can in the air. The concept of a flying car has haunted engineers for decades, and companies such as Hyundai have dedicated some serious research and development to make this dream come true. But now an Italian upstart named Firenze has come up with a new and exciting concept that will be powered by the same electric motors that power the Tesla Model S. 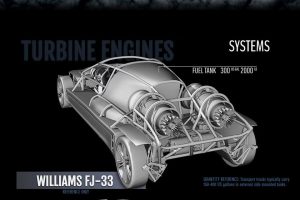 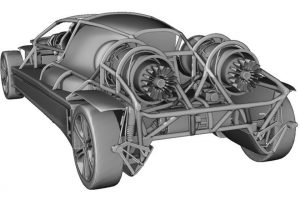 Called the Lanciare, this bold creation is the dream of Greg Brown who has been developing flying cars for the past 15 years. The vehicle looks like a combination of fighter jet and hypercar, and it must be said that it looks much better than any other recent attempts. When on terra firma, the Lanciare makes use of its Tesla electric motors, and according to Firenze, the 1,000 horsepower and 920 lb-ft of torque ensure it will manage a zero to sixty time of 3.4 seconds and a driving range of up to 150 miles. The machine seats four in comfort and measures a massive 253 inches in length. Taking to the air requires the assistance of a set of FJ-33 turbine engines producing 2,000 pounds of thrust each. Before takeoff, the wings deploy, and after landing are stowed away inside the Chromoly frame. 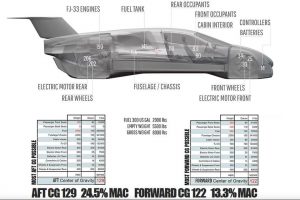 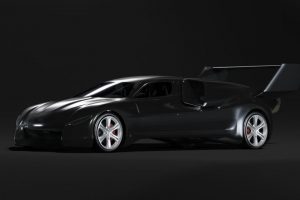 In the air, it will cruise at 500 mph and corner at over 5G. Brown has designed the Lanciare to be easy to operate for even the most novice of pilots and says, ”you don’t have to land softly, you can just pound ’em on. Being an ex-carrier jet pilot myself, I know how easy it is when you don’t have to flare to land. Just point at the runway and hit it. And that completely reduces your requirement to be a great pilot.” Brown estimates that his creation will sell for between $5 million and $7 million, but that’s only if he gets to build them, as FAA certification can cost up to $2 billion. One can only dream.