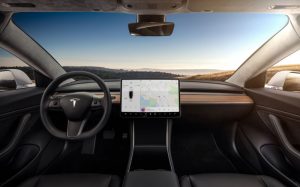 Tesla’s Full Self-Driving suite is a robust, semi-autonomous driving functionality that allows owners to experience arguably the best self-driving program available in the world currently. With Tesla rolling out a Beta version of its FSD suite to a select number of owners in October 2020, the program has expanded to more drivers in 2021. The suite costs $10,000 on top of the car’s cost and can be purchased at any time.

However, owners who choose to wait run the risk of the suite increasing in price as Tesla adds features. Price increases were frequent in 2020, doubling from $5,000 at the beginning of the year to $10,000 by October. The number of features increased and included things like Stop Sign and Traffic Light Detection, which would cause the automaker to make the suite more expensive.

It was rumored early last year that Tesla would offer a subscription service. Elon Musk confirmed that it would be available, but it has encountered several delays. Initially, it was supposed to be rolled out last year. Then it became early 2021, but now Musk indicates that Tesla will release the subscription option in Q2 2021.

elon people are dying for FSD subscriptions when is it launching

During Tesla’s Q4 2020 Earnings Call in January, Musk said that it would come “in a month or two.” It is most likely that Tesla is waiting to roll out the program because a fairly substantial update is coming to the suite. Musk stated that the company would be “upgrading all Neural Networks to surround video using subnets on focal areas,” and Tesla needed some more time to write and validate the software.

#FSDBeta is amazing. No point to ever fear it any idea when next update coming

The subscription service will be advantageous for those interested in having the FSD software but don’t want to put out the $10,000 lump sum. Musk has said on several occasions that it will be more financially viable to purchase the FSD suite because it “will still be a better long-term deal than [the] subscription.”

Tesla’s FSD suite is virtually invaluable at this point. Musk once indicated that the rollout of a complete FSD suite is valued at $100,000. After it is released in a “feature complete” fashion, Tesla can begin establishing its Robotaxi fleet, which could make owners up to $30,000 per year if they choose to participate in the fully autonomous ride-hailing platform.