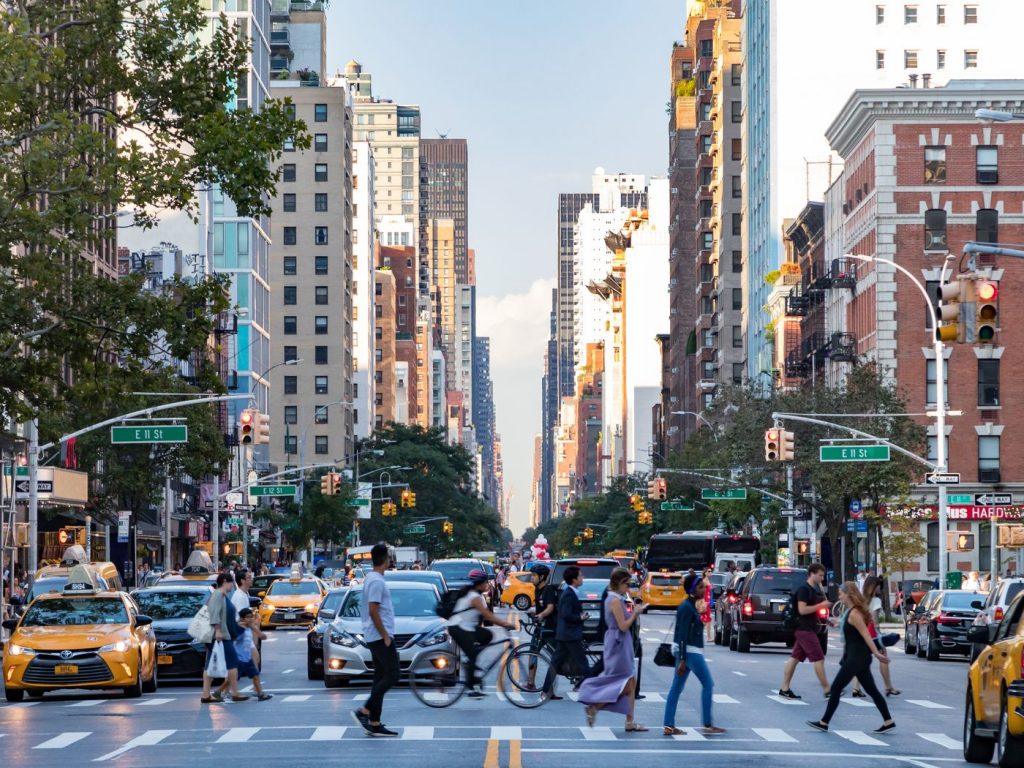 To help support these businesses, Forbes and several partners including Kyrie Irving and Beyond Meat, launched a NYC-wide campaign on March 30 called Help Our Neighborhood Restaurants, or HONoR, to highlight their stories.

Below: snapshots from the kitchens of New York City restaurants in the fight of their life.

“I did not have a loan when I opened nor do I have any partners or investors,” says Harlem-native Melba Wilson of her 15-year-old comfort food establishment. “Closing our doors is a severe financial hampering.”

Wilson, the niece of the legendary Harlem restaurateur Sylvia Woods, packs take-out  orders from her restaurant on 114th Street, a location she chose because it was then one of the most notorious blocks in the neighborhood for drug dealers when it opened, and she wanted to lead a revitalization.

“Restaurants take care of so many. Now we need to be taken care of,” says Wilson. “I have never experienced anything like this before in my life but as my grandmother would say, ‘This too shall pass.’ Amen? Amen!”

“We’ve been here through 9/11, Sandy, now this. It’s about surviving right now,” says co-owner Joe Rao. He had to cut 80% of staff and is currently working 15-hour days, but promises to keep cooking: “Unless the city comes down with a padlock, we’re gonna stay open.”

The family-owned spot has been serving comfort staples like it’s custom Pat LaFrieda blend burger since 1977. “We spent the last six months renovating and redecorating, and then corona came,” Rao says, beginning to cry. “There’s never not been people here.”

Mudville 9, blocks from the Hudson River, usually has 30 beers on tap, but now the bar is empty.

As sales slowed in March, Chef Kyo Pang and co-owner Moonlyn Tsai adapted the menu of their Malaysian coffee house in Chinatown to feature kits for making Kopitiam’s signature kaya toast at home. They also bottled condiments like sambal and dried anchovy. But business is still a sliver of normal levels.

Tsai, who usually runs the front-of-the-house, packs 300 meals daily that are then picked up for a ReThink Food NYC program which gives grants to restaurants to transform into relief hubs to cook food for those in need, including local hospital workers. “I’ve never been busier,” says Tsai. “I don’t have any downtime anymore.”

After having to furlough a staff of nearly 30, most either elderly or local teens who are the main providers for their families, Pang and Tsai made enough in March to pay employees their full wages. And the ReThink program has helped Kopitiam rehire three employees so far.

Gazala Halabi left a village in Israel for New York to marry her American husband. “I was limited in every way,” she says. “With language, money, everything.” In 2005, after spending most of her time at home, she decided to open a catering business out of her apartment. With the help of a friend and some savings, she turned it into a restaurant inspired by her background as Druze, an ethno-religious minority in the Middle East.

First came a spot in Midtown, followed by a location on the Upper West Side. “The dream that I never thought would happen,” says Halabi. Gazala’s success allowed her to stay in the country even after her 2012 divorce.

Sales are at 20% of normal levels and her Midtown location is closed, but Halabi says she is staying open for her employees, some of whom have been with her since she first opened. “I’m trying my best.”