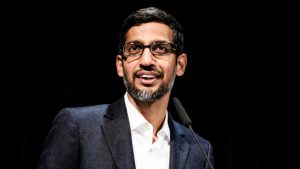 SINGAPORE — Australian Prime Minister Scott Morrison said Thursday he had a “constructive meeting” with Google chief Sundar Pichai after the tech giant threatened to pull its search engine from the country over a potential new law.

Essentially, Australia wants internet giants Facebook and Google, a subsidiary of Alphabet, to pay for news.

The government introduced a media bill in parliament in December. If passed, the new media bargaining code would require the digital platforms to pay local media outlets and publishers to link their content in news feeds or search results. If the parties cannot reach an agreement, a government-appointed panel will decide on the price.

“I thought it was a constructive meeting,” Morrison told reporters Thursday, according to the transcript of a press conference posted by his office.

“I have been able to send them the best possible signals that should give them a great encouragement to engage with the process and conclude the arrangements we’d like to see them conclude with the various news media organisations in Australia,” he said.

Morrison said Google raised specific aspects of the media bargaining code on the call and the discussions touched on the company’s ability to continue providing services in Australia.

“At the end of the day, they understand that Australia sets the rules for how these things operate. And I was very clear about how I saw this playing out,” Morrison said, without further elaboration.

Google did not immediately respond to CNBC’s request for comments.

Morrison told reporters last month that Australia does not respond to threats.

Separately, Australian Treasurer Josh Frydenberg told local media he had a “very constructive discussion” with Facebook chief Mark Zuckerberg over the proposed media law but that ultimately, it did not shift the government’s position on the policy.

For its part, Facebook has threatened to stop allowing Australians to share local and international news on the social network and on Instagram if the law is passed.

While local media publishers have welcomed the proposed law, Google said last year it would give Australian news media businesses an “unfair advantage” and that it pays millions of dollars to news media companies in the country and sends “billions of free clicks” their way every year.

Microsoft, which stands to gain from the fallout between Google and Australia, slammed Google’s threat to withdraw its widely used search engine from the country.

Microsoft would never threaten to leave Australia and supports the plan to make digital platforms pay for news, said the company’s president, Brad Smith. Its CEO Satya Nadella has also spoken with Morrison.

The prime minister told reporters on Monday that based on his conversation with Nadella, Microsoft was “pretty confident” of filling the massive void that would be left by Google if it withdraws its search engine from Australia.

The Microsoft-owned Bing search engine has a market share of only 3.6% in Australia compared to Google’s massive 94.5% share, according to web analytics firm StatCounter.