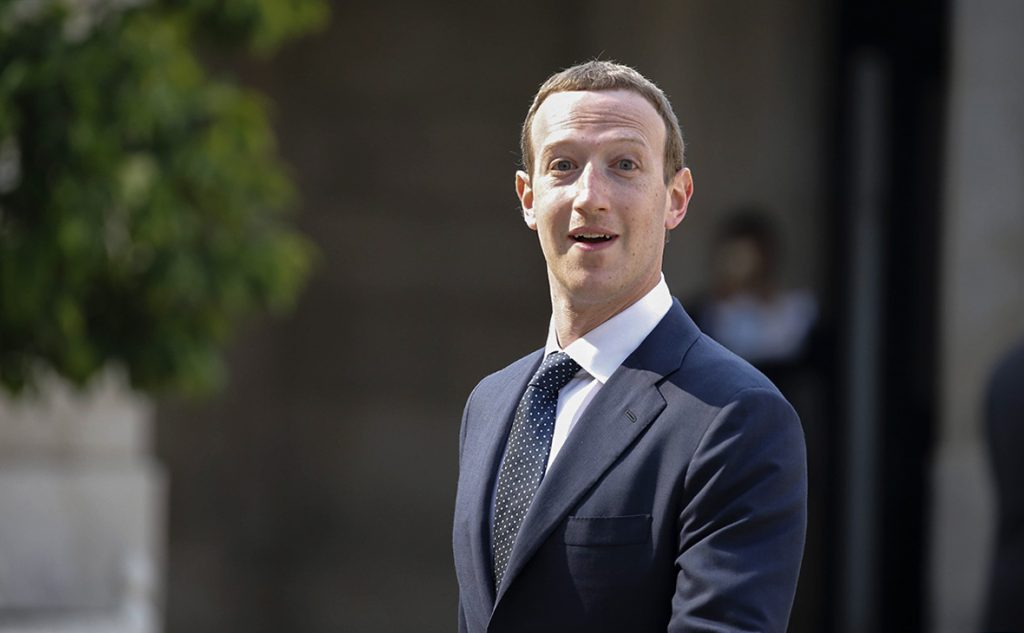 Facebook has been discreetly helping launch a new advocacy group that will use targeted ads and political spending to combat the negative narrative surrounding the tech industry. The end game? To gear up for the fight with Washington as government officials attempt to rein in and break up big tech, reports The Washington Post.

The American Edge Project, which has not yet launched, argues that Silicon Valley is essential for the U.S. economy and the future of free speech. The group’s splash page, which went live on Tuesday night, defines the project as: “…a newly formed bipartisan coalition dedicated to the proposition that American innovators are an essential part of the U.S. economic health, national security and individual freedoms.”

Sources who have direct involvement in the group say that Facebook’s role in the group is critical role. “The U.S. leads the world in technology and we should be proud of that fact and promote it,” said Facebook spokesperson Andy Stone. “We’re working with a diverse group of stakeholders to help build support for our industry, and while we’re leading an effort to start this coalition, it’s one of many we are contributing to and supporting.”

group said that its aim is to tell the good stories of technology. “In the current political environment, all industries have critics, so it’s important for the tech industry to tell their own story, both in D.C. and around the country,” said Joe Lockhart, a consultant for the group and former White House press secretary during Bill Clinton’s administration. “There is no one specific issue the group will focus on, but the goal is to be an important voice in issues that involve technology and our economy.”

changes to their operating structures. Only Facebook’s involvement in American Edge has been confirmed, but that’s enough to raise hairs among critics who already see the company as too large, powerful and rampant in its political power.

“You might think if you were these companies, it’s time to counter that narrative in the hope that it will back off some of the political pressure from enforcers,” said Harry First, a law professor at New York University who specializes in antitrust and business crime. “What this group might want to try to accomplish by changing the narrative and in an indirect way influence enforcement officials.”

Facebook has a history of trying to control the narrative around itself and big tech. During the Cambridge Analytica privacy scandal, Facebook hired political firm Definers Public Affairs to create fake news articles to attack the company’s critics. Facebook later paid $5 billion to settle federal allegations in this matter.

Last year, the social networking company spent more $16.7 million in lobbying efforts, federal records show. According to the Center for Responsive Politics, the first three months of 2020 saw an additional $5.2 million of spending.

American Edge is careful to distinguish itself as an advocacy coalition, not a lobbying group. “I would generally call advocacy a soft form of lobbying,” said William Kovacic, a law professor at George Washington University and former commissioner of the Federal Trade Commission. “It’s designed to change perceptions indirectly among policymakers and decision makers, and it is designed to create a broader, more sympathetic appraisal among elites who tend to shape opinions, and through those channels reach a popular audience.”

Experts say that the advocacy groups demanding tougher intervention and closer scrutiny have been successful in shaping the debate over whether these are valuable commercial enterprises or whether they are troublesome. American Edge is a reaction to the antagonisms of formidable counterweights like the Open Markets Institute, the Roosevelt Institute or ProPublica.

“It’s not far-fetched to imagine that the Democrats sweep the Congress and the White House in November,” said Kovacic. “If that happens, you will have conditions that are much more conducive to fundamental legislative change, and there will be very serious proposals to regulate these companies in a way that will change the way they do business tremendously.”

Like other advocates of big technology corporations since the Gilded Age, American Edge is expected to argue that strong restrictions on big tech will only serve to stifle American innovation while aiding foreign competitors, like China, according to a person familiar with the effort. This sort of nationalistic perspective coming from an organization with a name like ‘American Edge’ might sway some patriots, especially if the group gets its messaging right. In the aftermath of the pandemic, one can imagine companies like Apple and Google highlighting the contact tracing software they developed to help flatten the curve, or Facebook touting its efforts to help small businesses and stop misinformation.