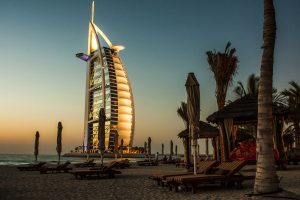 Dubai unveiled an urban plan for the next two decades that envisages the population growing by 76% and focuses on boosting waterfront acreage with the view of making the city’s quality of life the best in the world.

“The length of our beaches will increase by 400% during the next 20 years and 60% of Dubai’s area will be nature reserves,” Sheikh Mohammed bin Rashid al Maktoum, ruler of the emirate known for man-made islands, wrote on Twitter.

The Dubai 2040 Urban Master Plan projects a population surge of 76% to 5.8 million people by 2040. It envisages 55% of the people will live within 800 meters (0.5 miles) of public transport, according to another tweet by the city’s crown prince.

Dubai grew at a breakneck speed into a global metropolis from a small fishing village in the 1960s. The Middle East’s tourism and business hub is doubling down on expansion despite economic challenges that gave it the Gulf’s steepestpopulation decline last year, according to S&P Global Ratings. The double whammy of lower crude prices and the Covid-19 pandemic has taken a toll on the Gulf, resulting in job losses and exit of expatriate workers across the region.