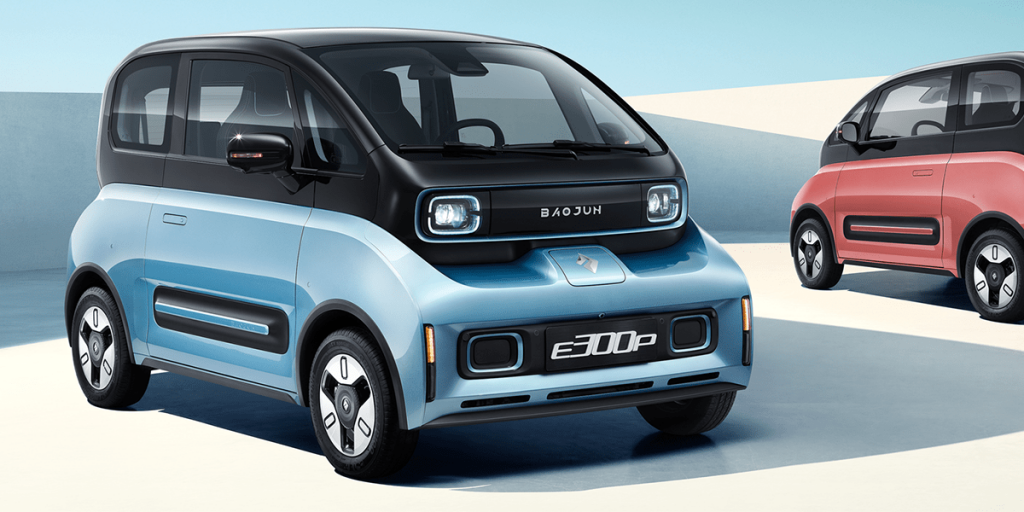 On the aesthetic of the small electric city cars, Baojin says “Their futuristic-looking two-tone avant-garde split body styling is instantly recognizable and will appeal to younger consumers,” which gives an indication of the intended target group.

While this model is for sale in China, it will be interesting to see if Chinese models eventually play a competitive role in Europe with the upcoming European models such as the e.GO Life (should the company survive), or Citroen’s Ami, which – although competitive in price – only seats two passengers and has not yet hit the roads in Europe. In May this year, Kia revealed they were also thinking of putting out an affordable small electric car. 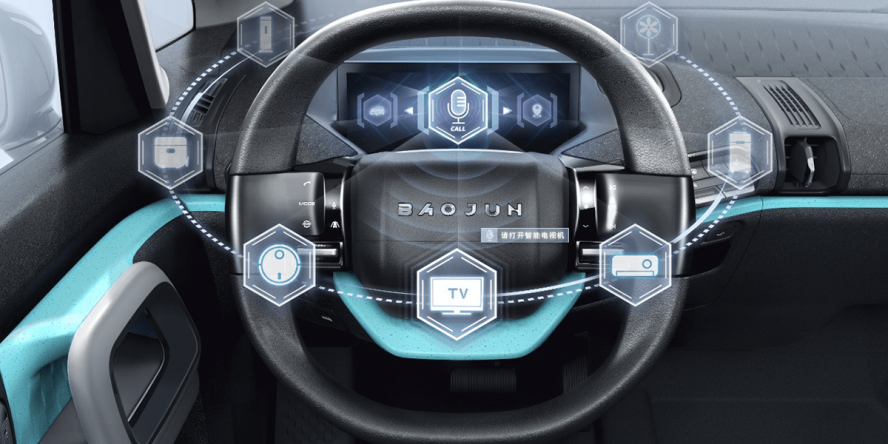 Meanwhile, Baoujun’s E300 and E300 Plus still manage what are in the meantime standard features of electric cars, with connectivity, touchscreen displays, as well as a touchscreen multifunction steering wheel. For a microcar, the models are well equipped with real-time road navigation, voice interaction system, as well as ESC, the ABS with electronic brake-force distribution (EBD), hydraulic brake assist (HBA), and dual front airbags.

At the same time, the carmaker seems to be making a point about the small electric cars’ robust body by pointing out that “More than 80% of the body consists of high-strength steel. The battery pack is also wrapped in super-strong steel and equipped with an active power-off system for extra protection in the event of a collision.” Baojun is offering a special package to E300 and E300 Plus buyers in the form of a low down payment, interest-free periods and a replacement subsidy.